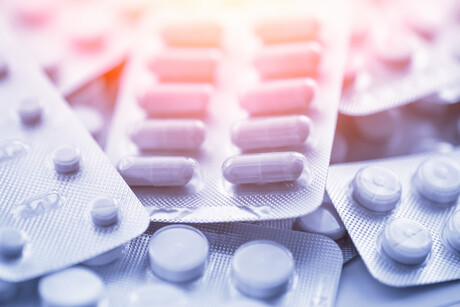 New research from the Registry of Senior Australians (ROSA) at the South Australian Health and Medical Research Institute (SAHMRI) has linked medication reviews to a lower risk of death for aged care residents.

The study, led by Dr Janet Sluggett and funded by the Australian Association of Consultant Pharmacy (AACP), followed 57,719 residents living in aged care homes across Australia for up to a year, analysing whether they were hospitalised, went to the emergency department (ED), or died during that period.

“We found that individuals who had a medication review within a 12-month period had a 5% lower risk of death,” Sluggett said.

“There was no difference in the risk of hospitalisation between residents who had a medication review and those who hadn’t, the impact was solely based on mortality rates.”

Only 22% of residents involved in this study underwent a medication review, despite all of them being eligible to access the free service.

Previous studies have shown residents take an average of 10 medications each day, yet only one in five receive a medication review from a pharmacist, which typically identifies up to four problems per person.

Another recent ROSA study funded by the AACP, focusing on the differences in medication use before and after a review, found use of some medications decreased following a review.

“Reviews often show which medicines can be adjusted or stopped, reducing the burden on the resident and boosting the quality of care,” Sluggett said.

“There’s a clear link between getting a review and a reduction in the use of some medicines, such as those for reducing reflux, which are often taken for longer than needed.”

Obtaining a medication review involves multiple steps. The lack of an automatic referral system means a doctor’s referral is required. A pharmacist then needs to visit the resident to make recommendations, before the doctor and nursing staff implement any changes.

“The aim should be to streamline this process to make it more easily accessible for all involved,” Sluggett said.

Sluggett said a lack of awareness among GPs and aged care providers about the utility of medication reviews for residents is another barrier that needs to be addressed.

“A key component of this is building strong relationships between pharmacists, GPs and providers, together with residents and their families, so that all parties are on the same page, resulting in the highest possible level of care,” she said.

“We hope this will be facilitated by the government’s recent announcement of $345.7 million in new funding for pharmacists to work onsite in aged care homes from January 2023.”

The study was completed in response to the recommendation from the Royal Commission into Aged Care Quality and Safety that called for the evaluation of the medication review system.

“The new evidence generated from this project enables accredited pharmacists to speak positively to the benefits of medication reviews in discussions with aged care residents and their doctors,” he said.

The research team is calling for medical practitioners to be more diligent in making referrals for medication reviews and encouraging aged care residents to be proactive in asking their GP for a review.

More research is needed to understand economic and financial abuse of older people in the context...

Depression is a common psychological symptom associated with dementia and is estimated to occur...