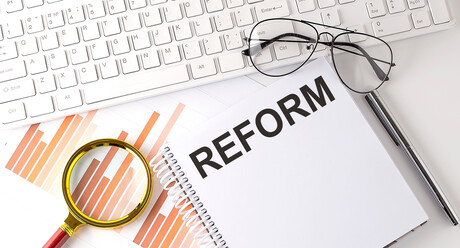 The Aged Care and Other Legislation Amendment (Royal Commission Response) Bill 2022 has become the first piece of law passed under the Albanese government.

The passage is set to enable improvements to aged care in line with the recommendations of the Royal Commission into Aged Care Quality and Safety, with the new legislation replacing the outdated Aged Care Funding Instrument with a new aged care subsidy funding model — the Australian National Aged Care Classification (AN-ACC) model, for full implementation from 1 October 2022.

AN-ACC is designed to offer a more equitable approach, with funding that better matches the provider’s costs of meeting the care needs of residents.

The legislation will also enable the Department of Health and Aged Care to publish star ratings for all residential aged care services by the end of 2022. The Star Ratings system will put a spotlight on the sector, allowing older Australians and their families to compare quality and safety performance of different services and providers.

Prime Minister Anthony Albanese said, “The final report of the aged care Royal Commission was titled ‘Care, Dignity and Respect’. Those three little words are the least we can provide our older Australians who built this country.

“I made promises to the Australian people to improved aged care and inside our first 10 weeks we have begun delivering on those promises.

Minister for Aged Care Anika Wells said, “After nine years of neglect, reform in aged care has finally begun and will continue to be driven so our most vulnerable people are treated with the dignity they deserve.

“The task to reform aged care will take years, but this Bill passing is a critical first step.”

“However, the government’s promise of a 10% increase in funding with the introduction of AN-ACC glosses over the fact that all of that additional funding will go towards hiring extra staff in order to meet the requirement for 200 minutes of care per resident per day by October 2023,” Sadler said.

“This brings us back to the issue of funding and the need for a sustainable funding model for aged care into the future.”

“We are looking forward to the opportunity to scrutinise these measures in a Senate committee hearing later this month and the need to account for staff shortages when introducing the requirement of RNs 24/7 across Australia and the impact of home care pricing changes on consumers and providers,” Sadler said.

“We are keen to work with the government to try to resolve the funding pressures affecting aged services providers ahead of the October budget as well as staffing shortages, and the need for greater transparency.”

Sadler said ACCPA also welcomed the inclusion of aged care in the Pacific Labour Mobility Scheme announced by the government.

“This will help to ease some of the pressure on providers who have been experiencing acute staff shortages throughout the pandemic,” Sadler said.

Tom Symondson, CEO of the Victorian Healthcare Association, has been appointed as the inaugural...

Sidekicker, a temporary and casual staffing platform used by many aged care businesses, has...