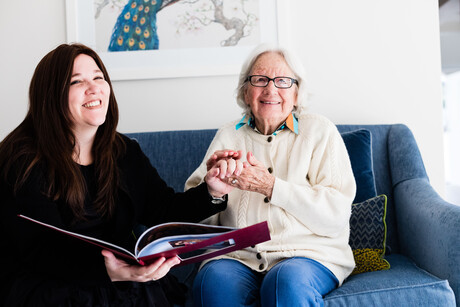 When registered nurse and mother of four Tamar Krebs launched her business, Group Homes Australia, she was determined to disrupt the aged care industry.

For too long, there had been no alternative to the traditional care model, particularly for those living with dementia, and she believed the industry was ripe for change. Here, Krebs shares her leadership journey and lessons learned, including her steep learning curve and facing down discrimination.

Tamar Krebs was relaxing at home one afternoon in 2009, leafing through the local newspaper, when the mother of four saw advertisements showcasing homes for sale. Suddenly, she had an epiphany. What if she could turn one of these beautiful homes into residential care for a small number of elderly people, with 24-hour staff? She envisaged a warm, caring environment where the residents could remain in their local community, enjoying cooking meals and family visits.

Krebs thought back to her childhood in New York, USA, living with her great grandfather, with whom she’d been very close. When he became frail and unwell, her family chose not to move him into a nursing home. Instead, they cared for him until he died peacefully at home, surrounded by extended family. Krebs had felt blessed to be by his side.

It wasn’t until years later, when she was a registered nurse working in aged care, that she realised her experience was unusual. “People don’t die in the comfort of their homes, surrounded by their loved ones,” she said. “They sadly passed either in hospital beds or nursing homes, surrounded by strangers and unfamiliar smells and feelings.” It was an outcome Krebs wanted to change. Why shouldn’t more elderly people share her great grandfather’s positive experience?

So began a journey that would see Krebs launch a new aged care business that, within a decade, not only disrupted the industry but was lauded by the Royal Commission into Aged Care Quality and Safety as a positive model of care.

Not a stay-at-home mum

Krebs was inspired to become a registered nurse and work in aged care by her experience with her great grandfather. By 2005, Krebs had managed several aged care facilities, was married with a two-year-old son and pregnant with twins when she migrated to Sydney, Australia, for her husband’s work. He had been appointed as the rabbi for a local synagogue.

Having just arrived in another country, Krebs thought she might be content as a stay-at-home mother. She was certainly busy. Aside from having three children under age two, Krebs was performing the role of a rebbetzin (rabbi’s wife). Most weeks, she hosted up to 60 people for lunch or dinner; she counselled couples and troubled teens, taught biblical studies and attended weddings, bar mitzvahs and funerals.

But supporting the community was her husband’s aspiration; hers was to care for the elderly.

“I wasn’t happy being a stay-at-home mum,” Krebs admits. “I was really happy coming home at the end of the day feeling fulfilled and then spending time with my children, having had a really stimulating day.

“I admire those who choose to stay home. Personally, I don’t think one is right or wrong.”

Within six months of arriving in Sydney, Krebs had commenced a Master of Health Service Management and was Executive Manager of dementia care at a major new nursing home. With her husband’s support, she juggled working full-time with studying part-time, caring for their children and maintaining her role as rebbetzin.

“I’m a good mother and leader because of my husband, not despite. He’s very hands-on and very involved. It’s not that I help him or he helps me. It’s a partnership,” Krebs explained.

She also does not ascribe to the work-life balance philosophy; instead, she prefers ‘work-life juggle’.

Turning her epiphany into reality

In 2009 Krebs, now a mother of four, began researching to see if her epiphany of a shared home in the community existed elsewhere. She learned that it was a popular concept in the USA, where they were called group homes. But it was one thing to have an idea; how did she turn it into a reality?

She sought out business mentors to guide her. She found ready mentors in businessmen Gary Zamel and Larry Fingelson, whose experience and wisdom kept her motivated while bringing her vision to life.

As she met with potential investors, she was disconcerted to realise that people had Googled her beforehand and, on learning that she was a rabbi’s wife, came armed with preconceived ideas, some of which were politically incorrect and discriminatory. For example, one man told her he loved the concept of a group home but wouldn’t invest because she was a risk to the business. “Don’t rebbetzins have lots of children? What if I invest in you and you want to go and have more kids?” he’d said.

Such experiences both motivated and demoralised Krebs. While they put fire in her belly to succeed, she also had a running battle with imposter syndrome. But, ultimately, she learned to co-exist with it, harnessing her anxieties by using them as an opportunity to remain curious, keep learning and find ways to improve herself and her business. 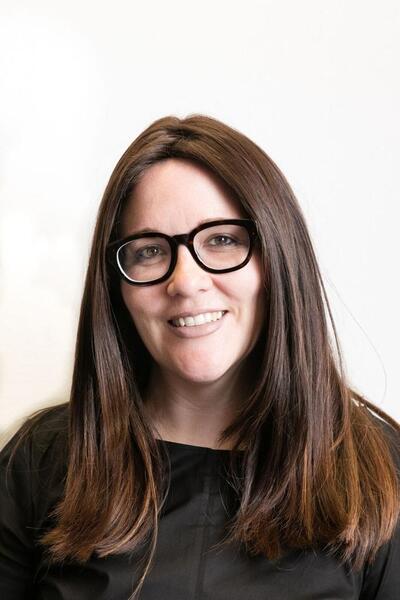 It took 62 meetings and 38 presentations over nine months before Krebs finally found people who understood her vision and would support her as the founder of the business. She began building her first group home on Sydney’s leafy North Shore before realising a faster option would be to renovate an existing home. But it wouldn’t matter how many homes she had if no one knew about them.

“I went to every doctor, every geriatrician, psychiatrist, hospitals, social workers, physio, clinics, podiatry, clinic, everywhere,” Krebs said. “I was stomping the pavement, saying this is a new model.”

The first person who showed interest was a doctor whose mother needed care, but she didn’t want to put her in a nursing home. Another had a mother with Alzheimer’s. By the time Krebs launched Group Homes Australia with her first six-bed home in November 2012, six families were ready to move their loved ones in.

“I was over the moon, joy, but I didn’t allow myself to celebrate because I felt like if I did victory laps at that point, it was premature,” Krebs said. So instead, her priority was ensuring her new residents were in a home that looked, felt and smelled like a real home, with 24-hour care from people who could think outside the square.

As each new group home opened, Krebs worked with her team to continue improving and refining the concept, taking on board feedback from residents and their families. Over time, she took on a co-CEO and hung up her rebbetzin hat, focusing entirely on her business. “I still support my husband on the weekends but no longer teach or provide counselling,” she said.

Advocating for the elderly

Today, Krebs is Founder and Executive Director of 14 group homes, with another nine currently in the works. Her CEO runs the business day to day while she focuses on continuing to innovate in aged care, such as collaborating with the Australian Chamber Orchestra on a theatre production for people living with dementia.

“It’s advocacy, to try and break down the stigma,” she said. Ultimately, however, Krebs wants to see group homes available to elderly people living with dementia in every Australian neighbourhood so they too can be surrounded by warmth and familiarity when they are most vulnerable. Her great grandfather may have been the inspiration, but Krebs has the motivation and the determination to make it happen.

Dementia: rates set to double, leading cause of death in women

Dementia, an umbrella term for several conditions that gradually impair brain function, was the...

A small-scale approach to aged and dementia care

The Group Homes Australia model is a small-scale care model that focuses on residents'...